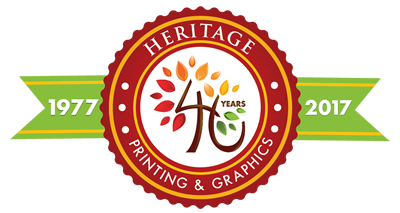 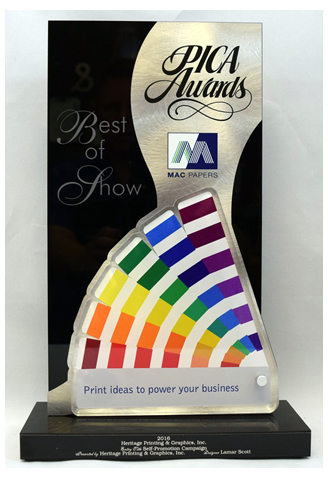 Heritage Printing, Signs & Displays, Inc. won 30 Best of Category Awards, 12 Special Judges Awards and 3 Awards of Excellence. Only one “Best of” may be given in each category. One or more Special Judges Award or Award of Excellence may be given in each category, limited to no more than one third of total entries per category. Heritage Printing, Signs & Displays, Inc. also won the Gutenberg Award, Domtar Best Printer’s Self Promotion, Lindenmeyr Munroe Best Presentation Kit, Xerox Best Printing Division A (1 to 9 Employees) & the Mac Papers Best of Show award.

The Printing Industry of America (PIA) has announced that Heritage Printing, Signs & Displays, Inc. of Charlotte, NC & Waldorf, MD is an award winner in the 2017 PIA Awards Competition, winning three “Bennies” and four Certificates of Merit.

The announcement was made September 10, 2017, during the Print 17 Awards Banquet in Chicago, Illinois, with more than 300 industry professionals in attendance. The PIA Awards competition is a national competition with numerous countries represented, including: United States, Canada, Australia, Japan and Mexico.

The Benjamin Franklin trophy, aka “Bennie” is awarded to the individual printing category winners. A panel of judges with extensive experience in printing and print production was brought in to examine the submitted work. Each entry was judged on its own merit in a category with similar printed pieces. The judging criteria included: registration, crossovers, clarity and neatness, sharpness of halftones and line drawings, richness and tonal qualities of color, paper and ink selection, ink coverage, difficulty of printing, effective contrast or softness, finishing, bindery, and overall visual impact.

We recently entertained the Charlotte Chamber President, Bob Morgan at our revamped facility. Here is their memo and the video from the tour: http://heritageprintingcharlotte.com/videos/a-passion-for-printing.php 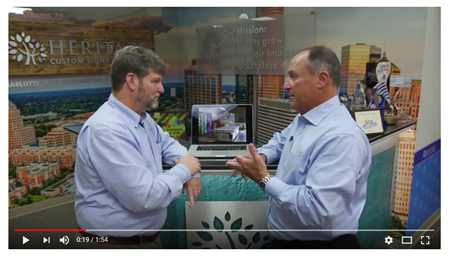 “When Joe Gass and team opened their first Charlotte production facility in 2009, they had no idea how quickly they would grow from a small “mom and pop shop” to an award-winning business that now occupies close to 10,000 square feet near Charlotte’s bustling airport. Chamber CEO and President Bob Morgan took a tour to see the transformation firsthand.”